When it comes to tattoo art, floral designs have been on the pinnacle of popularity among tattoo designs since the beginning of this art form. The variety in flowers used for creating floral tattoo designs is extensive, with choices like rose, cherry blossom, sunflower, lotus and daffodils, to name just a few. Lily tattoos are another one among floral tattoo designs, which have a considerable fan following because of its aesthetic beauty as well as symbolic value. This flower is of great significance in history and religion because it some special symbolic meanings in various cultures. Moreover, there are numerous varieties in lily flowers, each one having a unique color and a different meaning, making the flower symbolically richer than other flowers in nature.

Lily flower tattoos are very common to a lot of tattoo lovers in the world today. These are some of the ever gorgeous flower tattoos that you can consider as adornments on your body, apart from rose tattoos, cherry blossom tattoos, daffodils tattoos, lotus tattoos, and sunflower tattoos. These are chosen by many people not only because of its extreme beauty that it can offer to the wearers, but also the important symbols it represents. Yes, you read it right. Lily designed tattoos are not just plain tattoos. They have great significance that you might still do not know yet.

The lily flower definitely has a lot to signify specially when it comes to history, life, and religion. This is one of the main reasons why great numbers of tattoo lovers worldwide are opting for lily designed tattoos. If you do not have any idea about this thing, then here are some of the symbolisms of these tattoos:

Aside from those mentioned above, there are some more things that the lily flower art represents. It has something to do with new relationship, development, growth and even health. The lily design tattoo can also be a great choice of those people who are born in the month of May. It is simply because this is the birth flower of the said month.

Symbolically, the lily flower represents a variety of meanings such as motherhood, purity, fertility, innocence, faith, passion, partnerships, union, renewal and transition. The association of lily with motherhood dates back to the ancient period of Greek gods and goddesses as it is believes to have been derived from the breast milk of the Greek goddess Hera. The legend narrates that Zeus wanted his illegitimate son Hercules to be fed by his wife Hera so that he could become God. He tricked Hera into sleep and had Hercules suckle her breast, which he did so vigorously that the milk overflowed from it and flowed towards the heaven, making the Milky Way. When the milk flowed back towards the earth, it became a white lily. Besides being revered as a symbol of fertility and motherhood, lily has a masculine aspect too and is known to signify sexuality and eroticism.

The flower was even used by old wives to determine the sex of an unborn child. The mother was asked to choose between a rose and a lily, if she chose a rose, she would give birth to a girl and if she chose a lily, she would deliver a boy. The reason behind this is that the long pistil of the lily flower is associated with a male phallus because of the close resemblance. Lily also occupies a place of reverence in Christianity religion because it is the symbolic of Virgin Mary. Its three petals are considered as the symbol of trinity, representing faith, hope and charity. Lily is also a vital part of Tarot symbolism, where it is related with purity, fertility and innocence. It can indicate birth and new relationship when read in relation with other cards, while they also stand for health, growth and development. Lily is the birth flower of the month of May and is also a customary gift for a couple celebrating their 30th wedding anniversary.

Just in case you do not know, there are actually a lot of kinds of lily flowers that can also be designed as lily tattoos. Each of these kinds have different meanings and symbolisms, of course. Moreover, it is all up to you what kind of lily flower you want to get tattooed on your body. Here are some of them:

Needless to say, you can always decide on your own which part of your body you want to engrave. You can put it everywhere you want. Even so, it is much better if you put it in a certain body part with an absolute purpose. Here are some of the body parts where you can place your lily designed tattoos:

As said before, lilies are available in different colors and varieties and the tattoos can be so depicted, depending upon what the bearer wants to convey through it. Here are some popular lily flower tattoo designs:

In addition to choosing one of these lily art to be inked in solitude, one can also have some elegant design elements added to the basic lily art design to make it more appealing and meaningful. The lily art is equally popular among men and women as its meaning can be interpreted in both ways. Keeping in view the basic purpose of tattoo inking, which is to seek attention, the best placements are the lower back, shoulder, arm, hip, calf, back of the neck and back of the ear. The ultimate choice of the placement however, depends upon the size of the design as well as the personal choice of the bearer. 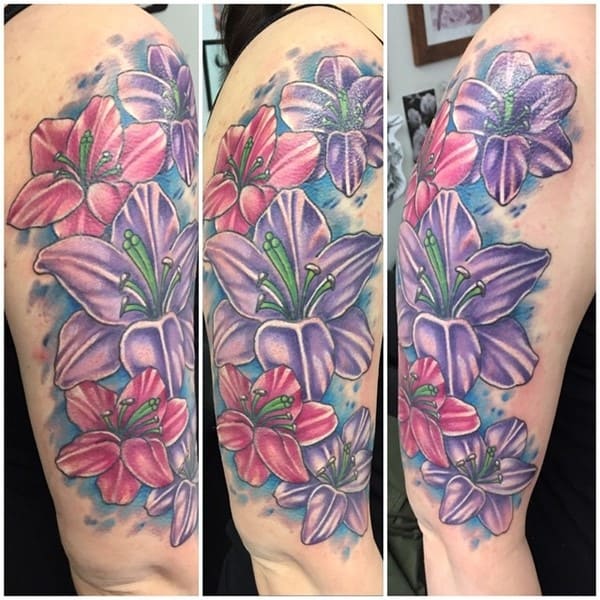 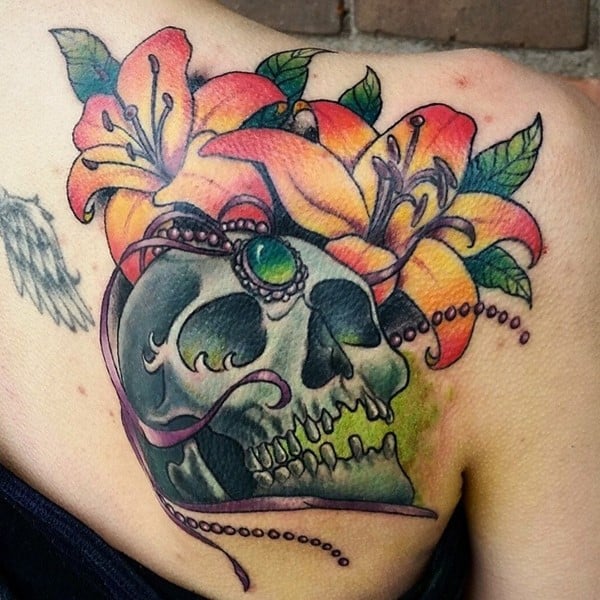 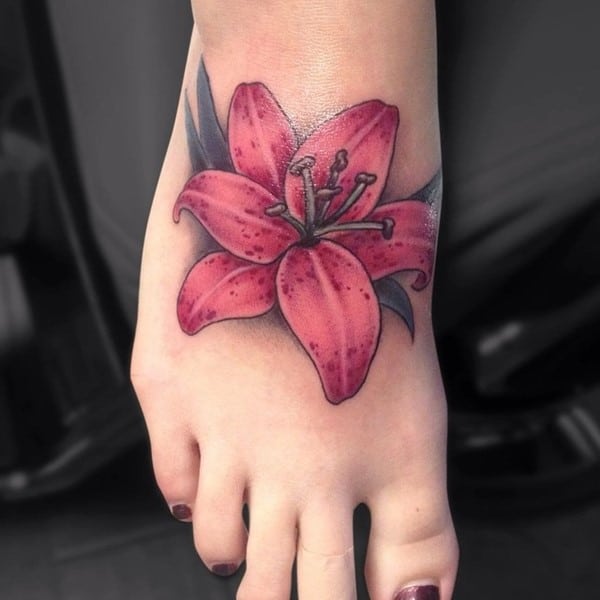 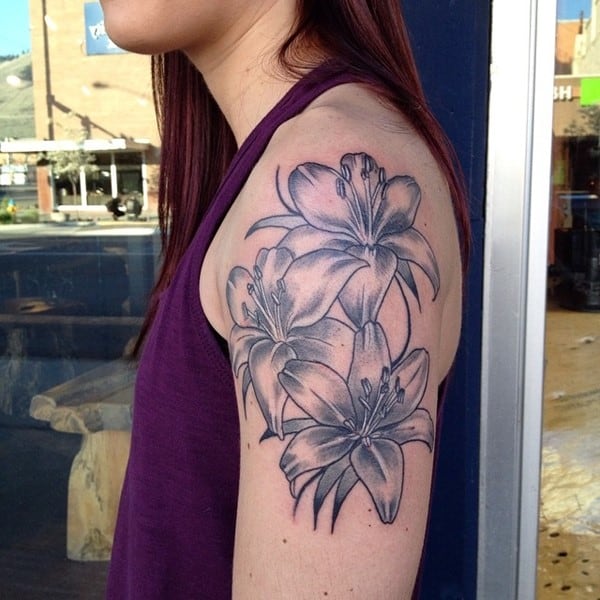 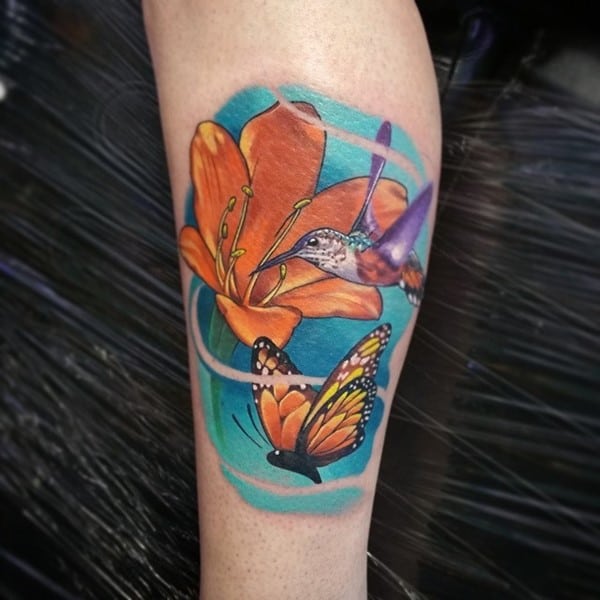 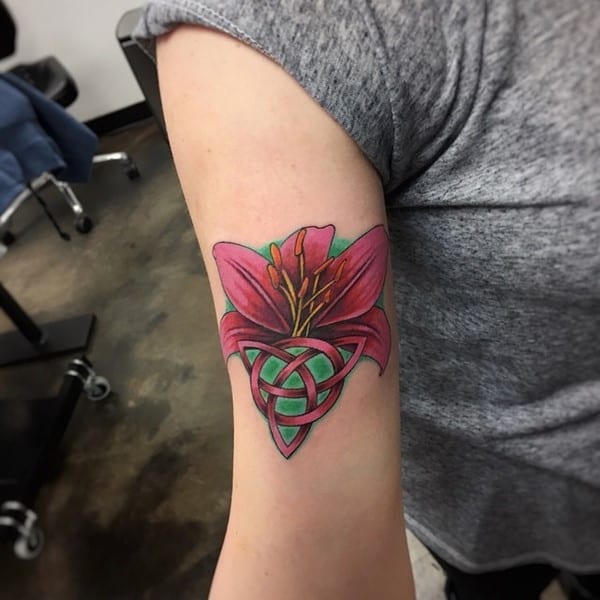 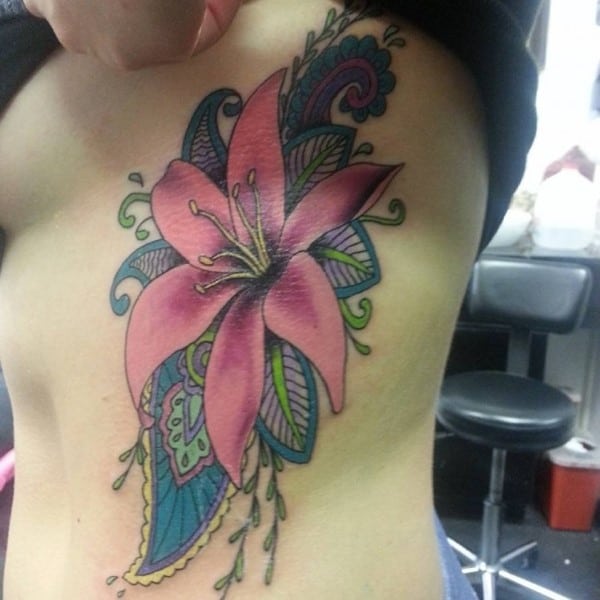 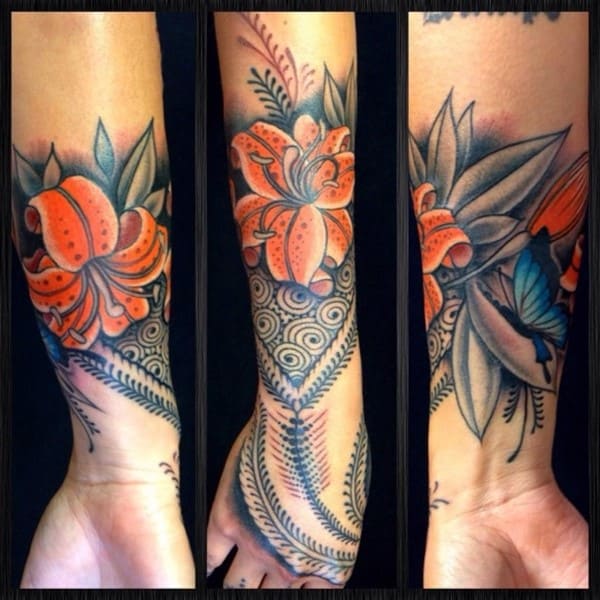 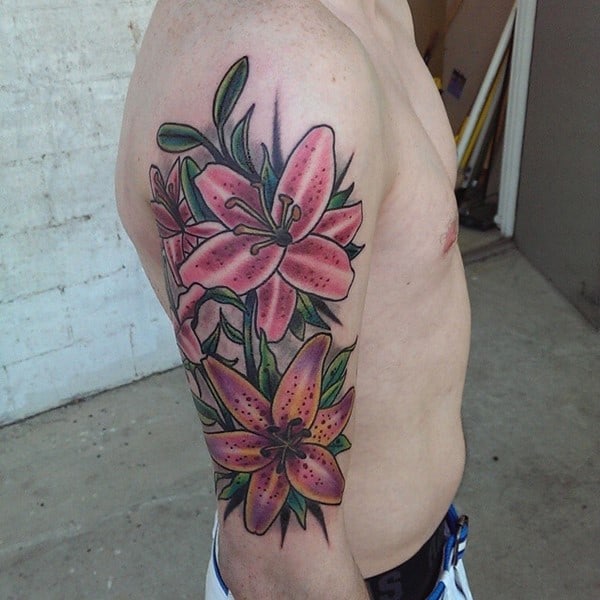 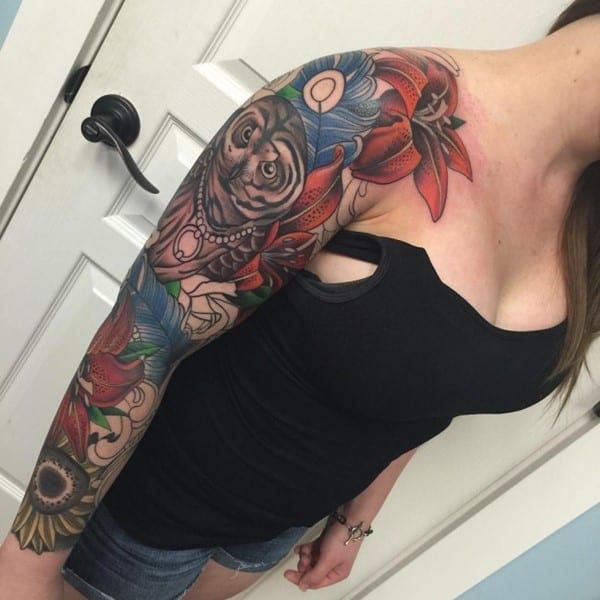 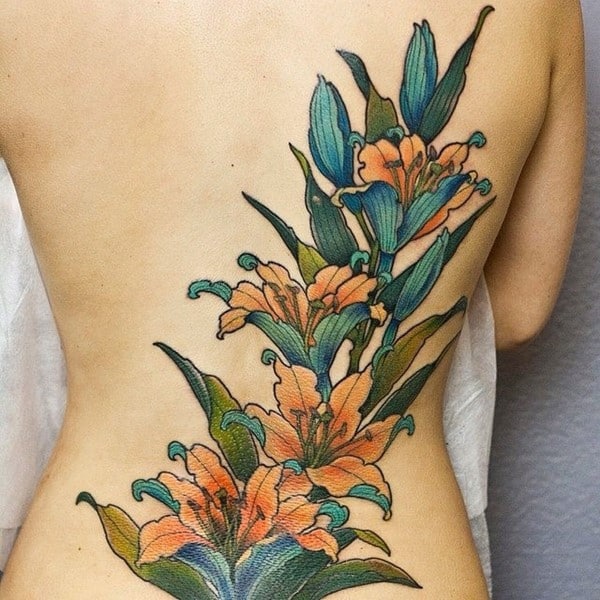 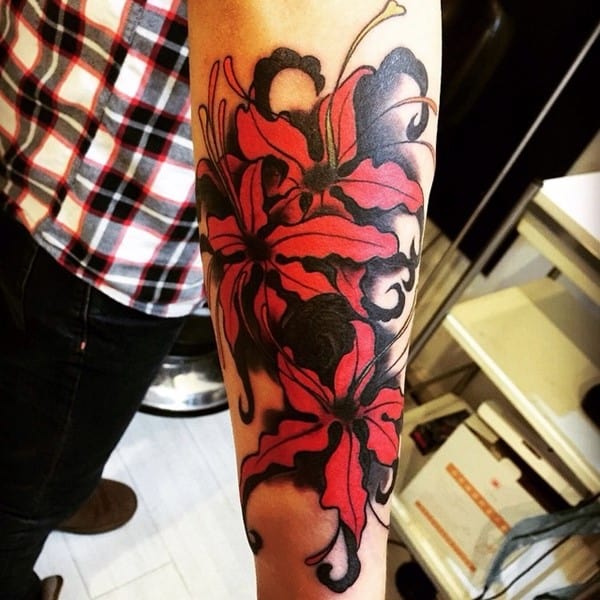 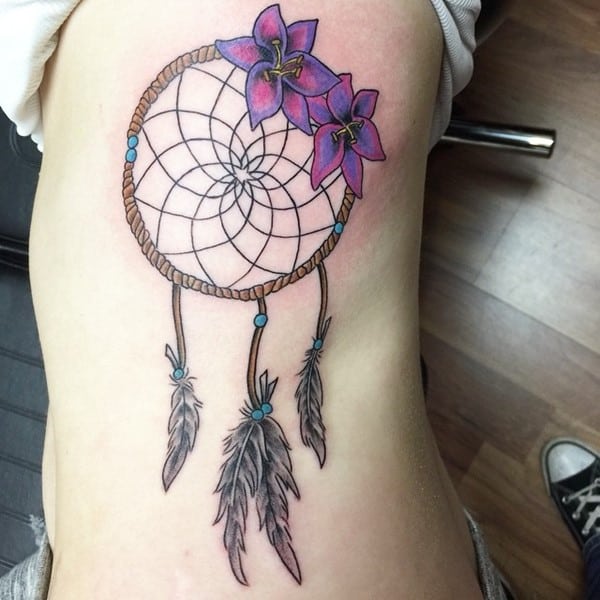 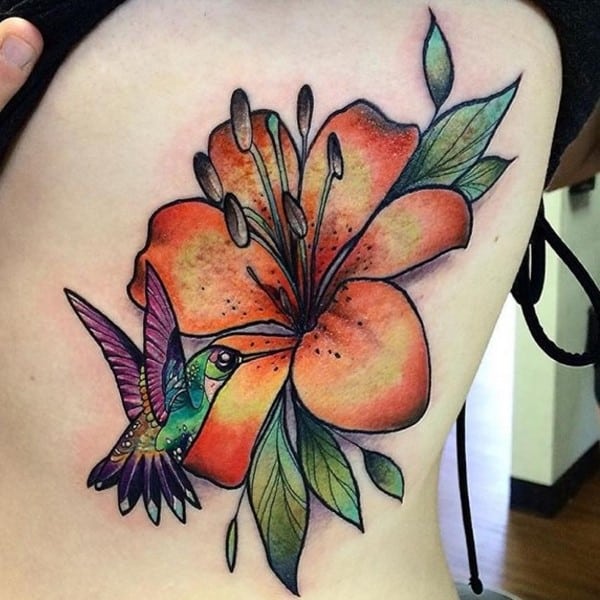 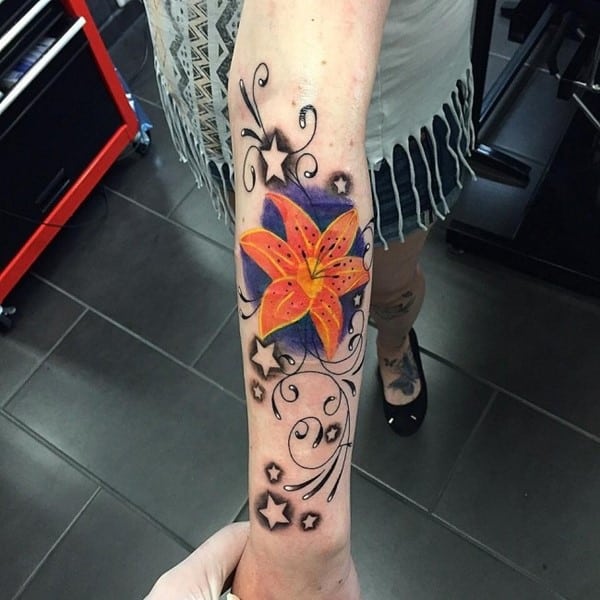 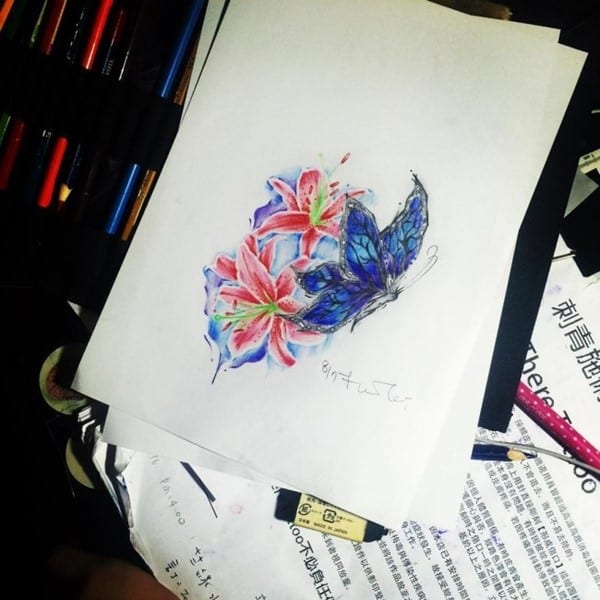 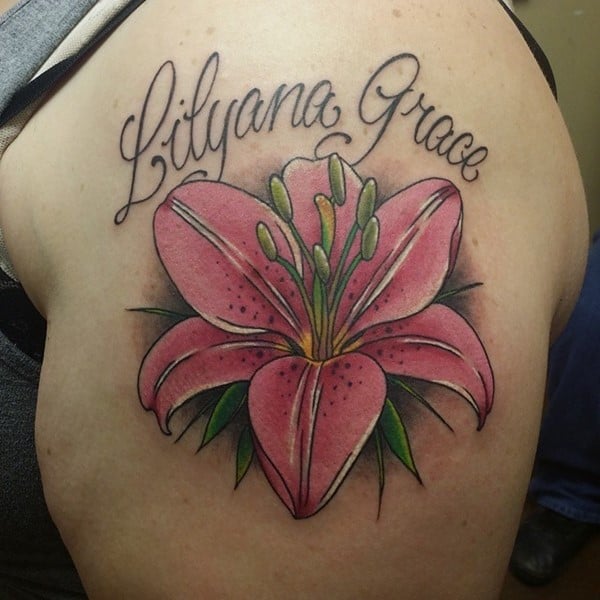 Lily tattoos are definitely beautiful tattoos that can be put on one’s body. Aside from the fact that it can exude a beautiful image, these tattoos also have important meanings. These can be placed anywhere you want in your body, but these can be best displayed on your back, chest, and neck areas.